Sylveon is a Zhu Zhu Pokémon

Sylveon is a quadruped mammalian Pokémon with white colored fur covering most of its slender body. The top of its head is a vibrant shade of pink, and it has long pink rabbit-like ears with dark blue insides. Sylveon has a short, blunt cat-like muzzle and a small black nose. Sylveon has two pink and white bow-shaped features—one on its right ear, and one around its and neck. Attached to the bow-like features are scarf-like appendages with pink and blue tips that curl around Sylveon's body. It has four slender legs and small dainty pink-tipped paws and feet with three visible toes on each. Sylveon has two large blue eyes with white pupils, and two pointed teeth on its upper jaw, seen when its mouth is open. It has a fluffy pink tail that curves inward slightly to form a crescent shape, possibly a reference to the moon phase.

The Shiny variation of Sylveon has inverse coloration, with blue and red fur (replacing the pink patches and the blue in its ears), and reddish-pink eyes.

Sylveon is a kind and gentle Pokémon, it uses its charm to hunt in the wild. It uses its ribbon-like feelers to hold hands with its trainers and walk alongside them, enabling it to sense their feelings. It can bring even the most intense battles to a halt by using its feelers to exude an aura of peace and tranquility, causing those near it to lose their fighting spirit, before it strikes a powerful and unexpected attack. Its movements are graceful and fluid, making it appear to be almost weightless.

Sylveon is also very attractive to other Pokémon, which provides it an advantage on luring prey with its appearance in the wild through deception.

When riled up, Sylveon will become fearless and won't hesitate to strike, no matter how large its opponents are. Galarian fairy tales have even depicted tales of Sylveon defeating ferocious dragon Pokémon.

Sylveon can possess the Ability Cute Charm, which may cause the opposing Pokémon to be infatuated if they physically attack it and have the opposite gender. In Dream World, Sylveon may have the ability Pixilate, which turns all Normal-type moves used by the Pokémon into Fairy-type moves.

Sylveon is most commonly found in urban areas, as it relies humans to evolve it from Eevee with strong friendships. Only few are spotted in the wild.

Despite having an adorable and graceful appearance, Sylveon is heavily implied to be carnivorous according to Pokédex entries.

Eevee evolves into Sylveon when leveled up knowing a Fairy-type move, and gaining at least two Affection hearts in Pokémon-Amie and Pokémon Refresh. Starting from Generation VIII, it evolves via high friendship with a Fairy-type move. 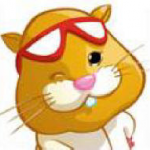